A few years ago, when I was reading some popular weapons forum, I thought of how much a gun might cost at the black market. Actually, I wasn’t going to buy one, as I had an arsenal of legal weapons of my own. I was just curious about it. Let’s see what discoveries I made. 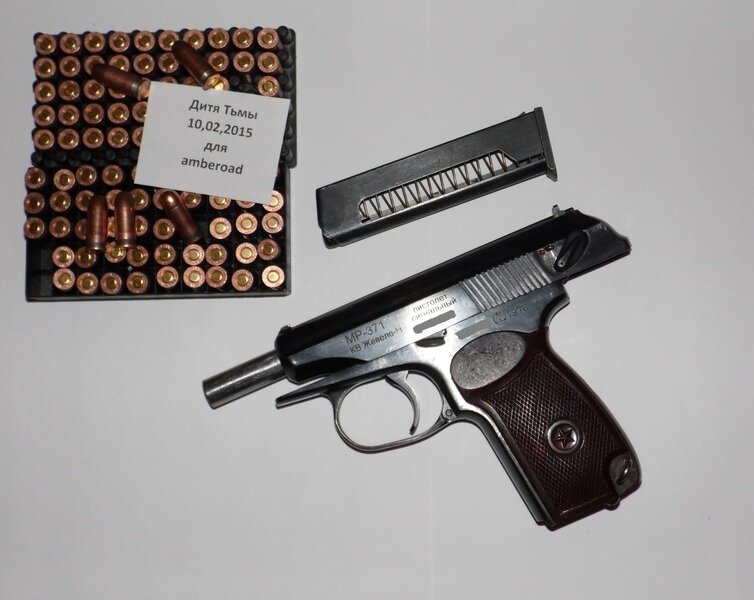 One of the samples

Disclaimer: Further description is not an instruction of how and where to buy or sell illegal weapons (therefore, i'll will not provide any links). It’s just a research of quite a relevant topic with some summary at the end.

After some time googling the Internet, it seemed that all the weapons offered there looked suspicious. Neither the websites, nor the sellers inspired confidence. But I kept looking anyway. One day, I came across an anonymous network called Tor, which is also called the “deep” or the “dark” Internet. Nowadays, this technology is quite popular, and everyone uses it: fighters for freedom of speech, as well as hackers and criminals of all kinds, among which there were also arms dealers. It allows any person to visit web resources almost anonymously. Neither the FSB, nor the FBI can quickly track down such person (so far).

Turned out, this “dark” segment of the Internet has a number of web platforms, where dealers, advanced in network technologies, offer their goods quite efficiently. But single Tor wasn’t enough. They also used some other technologies: asymmetric encryption and Bitcoin.

All the communication is encrypted. A seller sets a public key, so that any person can encrypt a message with that key. But only seller can decrypt it. Encryption algorithms are quite resistant. If we stick to all the rules, the system will be quite reliable and hard to hack. The next applied technology is Bitcoin, which is a crypto currency allowing people to manage their money the way they want. To create a wallet, you don’t have to provide your real name or ID. Not even mobile number or e-mail address. But you can still transfer any amount of money (in bitcoins, of course) to any person in any country. Besides, there is no any central server. A transaction goes from one person to another. No bans, no limits and a small transaction fee. You’re the owner of your money. This is the main reason why the government and banks do not like Bitcoins.

Thus, these three technologies (Tor, encryption, Bitcoin) combined allowed the criminals to sell not only weapons, but also other illegal goods, especially all kinds of drugs, and remain beyond the reach of law enforcement.

Then, they designed and improved the system of deals. Not so long ago, it looked like this. A seller agrees with the administration of the forum or a website in the Tor network (the website is not available via the “regular” Internet) about selling weapons. He creates a thread with the item description, price, images, contacts and the public key for encryption. The interested clients contact the seller. If they both agree to buy/sell, another important participant appears on the scene. The “guarantor”, who is an intermediary that guarantees that no one will be cheated. The buyer transfers the entire amount, equivalent in bitcoins, to the guarantor. The guarantor tells the seller that he has got the money. The seller hides the item in a certain place and informs the buyer about the place. If the buyer is satisfied with the goods and has no complaints, he notifies the guarantor about this. The latter transfers money to the seller after deducting his (3-7%) and website’s (3-5%) «fees».

But, as they say, the progress never stops. Nowadays, a lot of websites introduce the automatic trade system. You transfer the money for the product not to a guarantor, as it was before, but to a website. The amount is frozen till both the buyer and the seller confirm the deal. Everything is about the website’s authority here. There’s this sad example of the Evolution online black market. Its owners disappeared after taking several dozens of millions of dollars in Bitcoins. But there’s no risk-free system anyway.

Various arms of some Lord of War, prices in USD.

As a result, everyone is completely satisfied. The seller has sold, the buyer has bought. Besides, no one has seen or heard anyone. If anything goes wrong, for example, the seller has decided to sell the air or not what he’s supposed to, the guarantor will solve this problem. As a rule, he does it the way he likes. The system is not perfect and has some drawbacks, but it’s working and there are no alternatives.

If we look at this system in a really simple way, it goes like this. Agreed – paid – took the goods from the place.

Now that you understand the «how», we’ll consider the «what», «how much» and «in what quantities.»

There’re not so many factory-built weapons. According to my estimates, about 15-20% (even the most of this are hunting weapons of different calibers of designs). The rest are more or less redesigned signal weapons. Sometimes you can find restored samples of the Second World War. The most popular item is the redesigned Makarov Pistol, various signal modifications, and full scale muck ups of the Nagant M1895 Revolver. Among the submachine guns on the market, you can sometimes see redesigns of Sudaev's submachine gun and other samples, like the CZ Model 26.

Prices vary from quite real to incredible. As for today, the price for a best-selling redesign of the Makarov pistol varies from 800-1,200$. A hunting rifle can cost around 150-500$, Sudaev's submachine gun is around 2,000-3,000$. There are also some rare items, such as Glocks, CZ-85, SIGs and other Walthers. They are very expensive and the price can start from 3000$. There are about the same prices for various modifications of Kalashnikov.

As long as the market is not very popular yet, the volumes are quite small. Talking to some sellers, I found out that they sell one or two guns per month, the rest are piece goods and people buy them quite quickly. The demand for such things is great in our country (Russia). One of the market features is that they do not like to give you too much information. After the deal, the seller removes the offer immediately. That’s why you might think that there are not a lot of goods, but you should just check it more often.

Echoes of War. The gun is new

Let’s move on to the summary. Since I’m not an analyst, we’ll talk about obvious things.

First. As for now, law enforcement authorities do not know how to deal with such things. Some of the sellers have worked in the illegal area for years. They usually disappear when trying to sell weapons directly rather than via the network.

Second, the market of illegal arms will grow. As I have said, it’s huge and dangers are minimized. As for now, the market growth is limited by the fact that not so many people know about it, and also by the lack of computer literacy (Tor, Bitcoin and encryption are not so difficult, but nevertheless, it is necessary to spend some time to learn them).

Third. Criminals get unlimited access to redesigned guns that are not registered in any data base neither by their numbers, nor by bullets and shells. But not only real and potential criminals and killers buy guns, but also quite common citizens who have decided to somehow protect themselves. However, these common citizens have decided to break the law, which moves them to the category of criminals.

Fourth. A lot of people expect the burst of activity in the market of illegal firearms due to the known events in the Eastern Ukraine. It doesn't even matter how this war will end, a certain part of weapons will get to Russia and some of them will be sold in the Tor platform.

Unfortunately, there’s no simple solution here. Obviously, the market will grow and I have no idea how the authorities will deal with it.

Write your own articles at Kukuruku Hub

You guys at Kukuruku are damn crazy! I love this whole project more and more!
Thank you for the article!